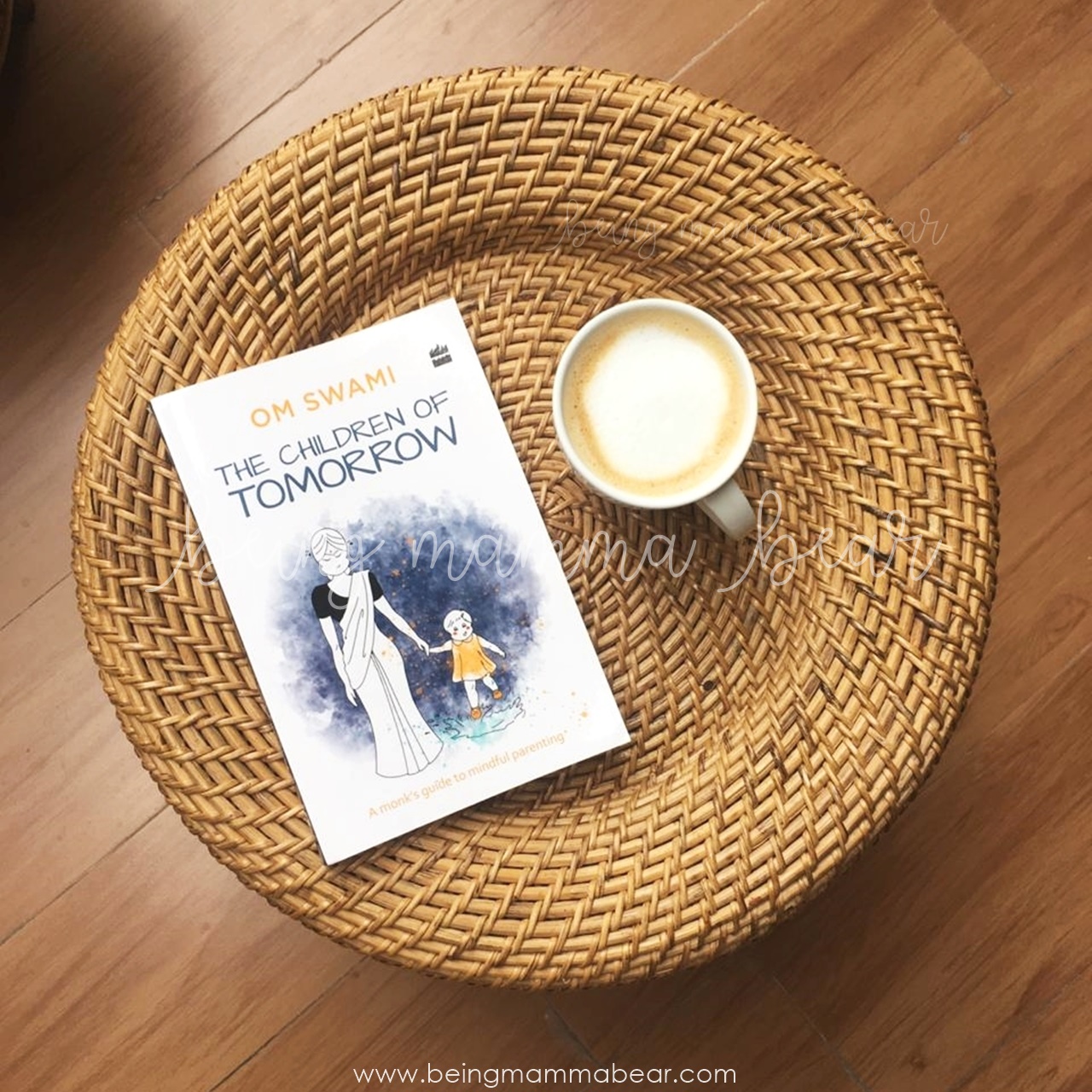 What started with a little bit of disconnection from the virtual world (because there seemed to be no internet connectivity in the morning) turned into a day that had me cribbing far less than I would have, considering I was on Day 7. You see, I started reading a new book today: The Children of Tomorrow by Om Swami. I received this book from Harper Collins for a review along with two others and somehow, even though the other two were fiction, I picked this one up first.

I have a bad track record with non-fiction. It took me almost three months to read Steve Jobs, and I started  Tim Seldin’s ‘How to raise an Amazing Child the Montessori Way’ way back in August last year, and even with the pictures and everything, almost a year later, I’m barely halfway through.

But with this book, in just a little over 12 hours, I was able to do 84 pages in (out of 170). I will definitely make a separate post about this but suffice to say that today would’ve been a lot different if not for this book, and as a parent, you should definitely consider reading it no matter how old your child is. Anyway, I was glued to this book the entire day and for some reason, Laddoo co-operated.

I told her we couldn’t watch anything because there was no internet, and while I read, she dug into one of her toy boxes and took out the Fruit Flash Cards that came in the fruit and vegetable themed Magic Crate Box we had ordered back in December. While she was playing with them, by herself, if I may add, she realised she also had plastic fruits and decided to match the fruits with the cards, and all I could do was wish that she managed to play by herself more often.

Later in the afternoon, we painted. This is the second time that I gave her watercolour paper instead of printer paper and I cannot stress more on the importance of using quality material. The effect of watercolours on ordinary paper is NOTHING compared to what happens on watercolour paper. And I guess even she could tell the difference and enjoyed it even more. And while she practised random strokes, I did too, though mine weren’t as random. She, on the other hand, started with painting on paper and ended with painting on both of her hands – fingers, palms, and way beyond the wrist.

There was a lot of stuff on the floor today, again, and in the interest of being more mindful about how I interact with her, thanks to Om Swami, I reminded her that there was a book on the floor that she might step on. She immediately picked it up and said, “Sorry, book,” and melted my heart.

But that wasn’t all she did.

I have an open door policy when I’m alone at home with her, meaning I don’t shut doors between us in case, you know, there’s an emergency or whatever. Now I know this might be TMI, but this also applies when I’m in the loo. Now that she’s older I don’t keep the door ‘open’ as much, but I don’t shut it completely because it blocks sounds out. What if she falls or something? 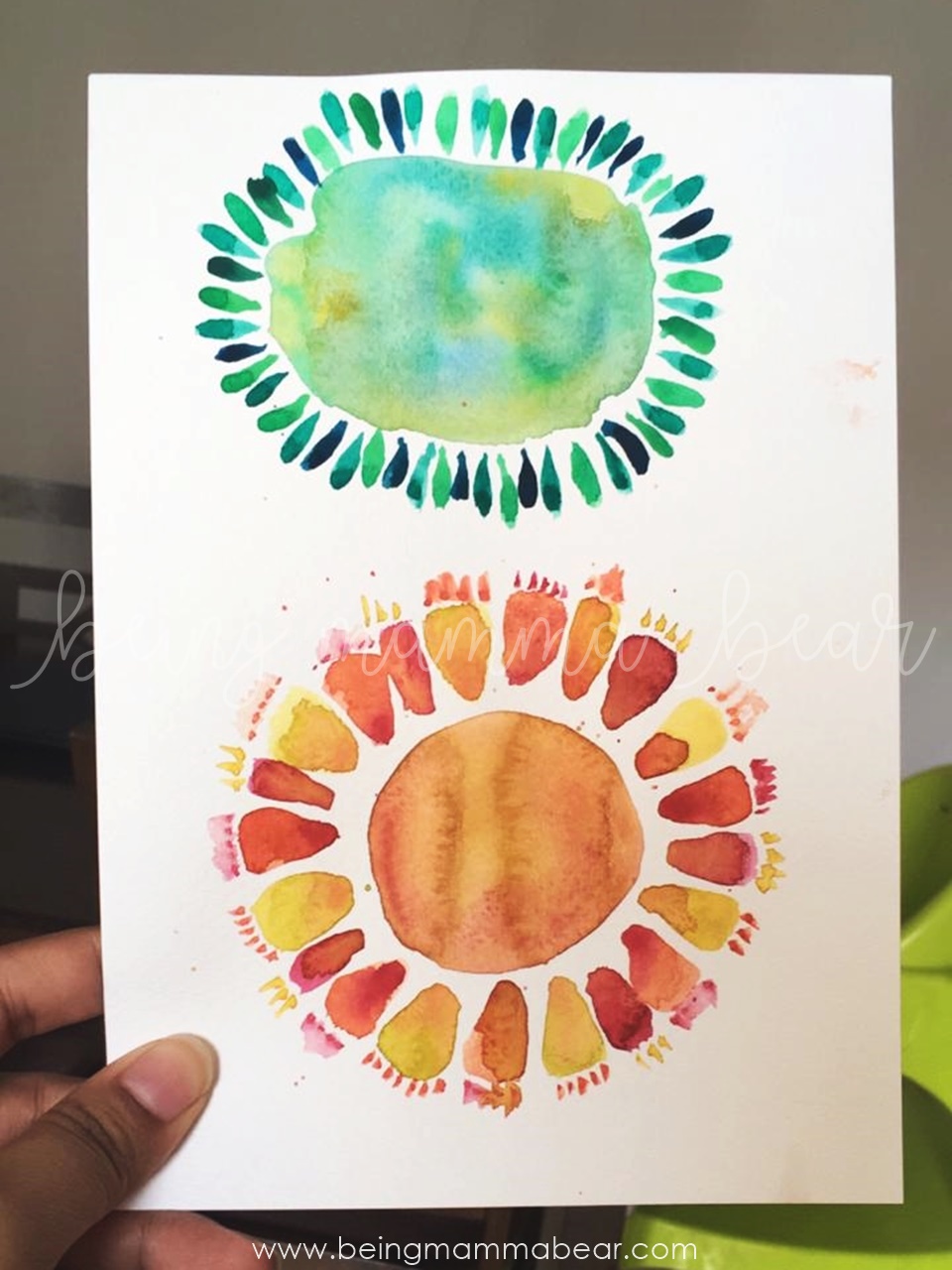 Today she walked in and asked me what I was doing. I told her, but I’ll spare you all. You’d think that this would make potty training easier but I digress. Anyway, when I was washing my hands she was still in the bathroom with me and suddenly I felt arms around my knees. She hugged me and said, “I love you, Amma,” and I almost welcomed the invasion of privacy.

She rarely says “I love you too” when I tell her I love her, and for her to come and tell me this, with no prompting whatsoever, was the highlight of my day today.

Until she attacked my face and arms and gave me what felt like a hundred kisses at bedtime and ZERO to her father who was right there on the other side of the bed. I know it’s not a contest, but clearly, he’s losing, LOL.

Before that, after she was bathed and dressed for bedtime, she went and stood next to the bedroom door and asked me to take a picture of her, like I had done the previous day. And then she turned around and jumped and danced. Exactly like she’d done the previous day, and it made me laugh. And then she let me take more pictures of her on the bed too, but she did make me work for those.

The things these little babies too. Chalo, at least this way, she’s interested in posing. She doesn’t sit in one place to let me take a picture, but it certainly makes my job 50% easier.

Here’s to more pictures, hopefully, ones that aren’t blurry.